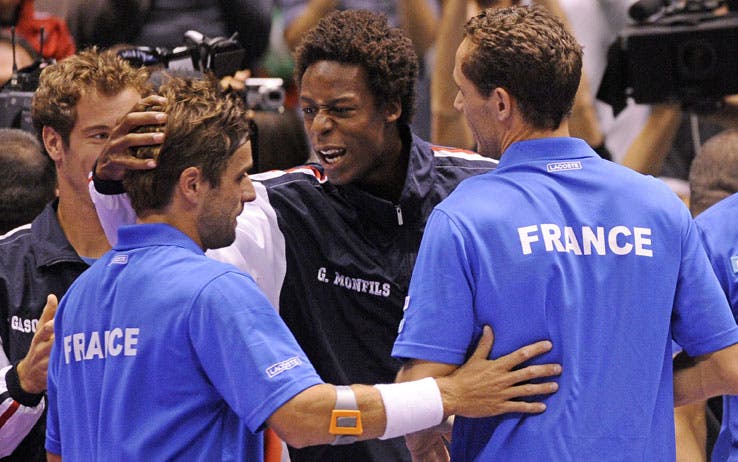 Arnaud, probably no surprise that Roger is playing.

Do you see any difference playing an opponent with a back injury or it’s not in your mind?

Arnaud, how much of an advantage do you think it is to be playing on clay?

CAPTAIN CLEMENT: You know, I think it’s not a big advantage. Roger and Stan likes to play both on clay. They did a great tournament in Monte‑Carlo this year, played a great final.

So I think it’s going to be very close. Very close to play on hard or clay or even grass. I think it’s quite the same.

How big an advantage to be playing in front of a home crowd?

Julien, can you talk about what this means to your country and team to have this opportunity. The history of Davis Cup in your country is very rich.

JULIEN BENNETEAU: Yes. As you said, we are an historic country of Davis Cup. We won like nine times. For us it’s a wonderful opportunity to have this crowd in front of 27,000 people against the best player of all time. For us it means a lot.

Four years ago we were close. We lost this final. But for this weekend I think we are all ready and all more than 100% to be ready to go on the court and to bring back this trophy.

Is it special to play in a soccer stadium? Do you expect also a soccer ambiance?

CAPTAIN CLEMENT: Ambiance in Davis Cup is always unbelievable in France. So I think it’s going to be more than soccer ambiance.

Gael, you’ll get a chance to play Roger Federer again tomorrow. I wonder how you reflect on the amazing US Open quarterfinal the two of you played.

GAEL MONFILS: Definitely is going to be special for me ‘cause is always good to play Roger. You know, it’s such a legend.

But for sure it will help me, this last match on my mind. But this one’s going to be different. You know, you have someone you can share your emotion during the match, the captain who can help me, of course, if maybe I’m tight in the match.

Gael, I’d like to know if you were to play your dream match of your life versus Federer, which surface would you have picked, to play him on clay or maybe more hard court?

GAEL MONFILS: No, I would definitely choose hard court.

Arnaud, why did you choose Gael instead of Richard? What was your criteria?

CAPTAIN CLEMENT: They are all very close. All the players are very close, the four players around me, and even Gilles, who is not here. There was a strategic decision as to this specific tie, and Gael showed during the preparation that he was very fit. Well, it’s also true for Richard and the others.

You need to make a choice at one point. It was a personal choice. I spoke with all of them. They were all ready to go. But I chose these players.

There’s no specific and obvious reason for choosing one instead of the other.

Gael, you played three times against Roger. Do you remember those three matches and can they help you?

GAEL MONFILS: I don’t want to do like I did in Roland Garros because I lost badly twice at least. I believe this here will be a bit different.

My advantage is that I have a tactical game that I’m going to play, and if it doesn’t work I’ll have the captain by me on the court, the other players, who will be able to help me and change my game if I need to.

Sometimes when you make mistakes during the match, if the player is alone, he can change his tactics, whereas here I will have other options available that sometimes I might not see by myself, but they will help me to see it.

So the other matches you were talking about don’t really count. Here is another type of atmosphere, it’s another match, another moment in my life. I just trust my team and my captain.

Arnaud, Roger will be playing. You all said you were expecting Roger to play. So it’s not a surprise?

CAPTAIN CLEMENT: No, it’s not really a surprise. It was obvious to us that he was going to play. Our preparation was to be able to play against him and Stan.

Gael, if Roger can’t play 100%, will it change the way you’re going to play the match tactically, for instance?

GAEL MONFILS: I don’t believe that. But there’s something you can’t forget: he had a four‑day rest period. Just before that he was playing his best tennis ever. So you can’t say he’s going to play badly.

He was playing well before. He rested for three days. On the contrary, I’ll have to do even more to beat him.

When did you learn that you would be the player who would be chosen and what did you think?

GAEL MONFILS: I heard that two months ago (laughter).

No, seriously, I heard that a few hours ago, maybe 24, maybe before. I would have preferred to play first because there’s more stress involved in this tie. When I watch my good friends playing, it takes away a lot of energy from me. It would have been better for me to play first.

Jo, we are talking about the second match a lot, but you are going to open this tie playing first. Do you remember the two big matches you played in the French Open against Stan?

JO‑WILFRIED TSONGA: Well, with Stan, we have a special history against each other. Each time it’s extremely tight matches, whether in a Grand Slam or on the regular tour. We always play three sets, 6‑4 in the third, or in five sets at the French Open.

I know when I step on that court the only thing that will make a difference will not be the tennis itself but the determination, the will to win. So this is what I’m going to do. I’ll be extremely determined when I come to the court and I will try to be the best on the court.

For the doubles on Saturday, did you work enough on the doubles this week? Would you have liked to have worked even more?

RICHARD GASQUET: I have no problems. I will be ready on Saturday. We played well this season, and I practiced enough, so I’m ready.

JULIEN BENNETEAU: It’s the same for me. We played one set together this week and we did a lot of exercises against each other with volleys, et cetera.

Most of the time when I play doubles, I have less preparation than that. We were able to work on certain things in particular. So if we’re playing together, there will be no problems.

Jo, the Swiss players played a lot in competition. You didn’t play as much because of injuries and other reasons. Do you believe the lack of competition can be a factor?

JO‑WILFRIED TSONGA: If I didn’t play these past weeks, it’s not because I chose not to play, first of all. Secondly, what reassures me is that in the past I didn’t always need to have a lot of competition under my belt to play well.

So, on the contrary, when I play too many tournaments, sometimes I get tired. Honestly, for me, it is not something that will be a factor this weekend.

Arnaud, in soccer sometimes we say the matches we play are the matches between the coaches. Gael says you will be important.

CAPTAIN CLEMENT: Well, indeed. Here there will be a psychological dimension that will be important because it is a final. There’s a lot of stress. In those particular moments maybe it’s a good thing to have a sort of outside opinion. Maybe the captain can do that a lot better being on the side of the court rather than in the action.

To those who will be on the court, Jo and Gael, what do you expect from the crowd, those 27, 203, even if there will be some Swiss?

JO‑WILFRIED TSONGA: We expect the values of sport are met. We are trying to promote certain values through our profession: respecting the opponents, respecting ourselves. I think what has to be respected is to give our best, whether we are players or whether we are spectators.

We are in France, so I hope the French crowd of course will push and support and help us to get this very beautiful trophy.

GAEL MONFILS: Of course, I agree with Jo. I just expect a crazy atmosphere, crazy. That will be great (smiling).

Gael, if you beat Roger, how important will this victory be in your career?

GAEL MONFILS: It’s difficult to answer that question before playing. I prefer to wait for tomorrow to give you an answer.

I think I would like to wait for the end of the tie itself before I answer that question.

I asked Jo if he was a bit scared before playing the tie. He said yes. Do you feel that, too?

GAEL MONFILS: Honestly, there’s a lot of pressure, and I feel that pressure myself because we really want to do well. It is an unusual situation. For me, it’s my second chance to get a point for my country in a final.

Arnaud, according to you, is there a possibility that Roger will not play tomorrow, be replaced, only play on Sunday? What do you think?

CAPTAIN CLEMENT: I don’t think so. I don’t see this being possible at all.

I’ll give you an answer: If he plays tomorrow, if his name is on the board for tomorrow, it means he’s 100% and he can play. So I don’t believe the Swiss team will change this at the last minute.

You’re saying choosing Gael was a strategic choice. Can you explain that?

CAPTAIN CLEMENT: The first thing is that Gael is extremely in good shape, physically, and in his tennis. This is the first point. If all my players are fit, in good shape, in good condition, ready to play…

Well, in our team, we’ll see what happens Friday. We’ll see how tired the players are. After Friday, there might be changes for the singles on Sunday.

It’s really a luxury I have as a captain of this team. So if I need to use that, I will.

Jo, you are going to play your first Davis Cup final. Does it feel a bit different from any other tie?

JO‑WILFRIED TSONGA: Yes, we talked about it together. It is extremely important to me. It means a lot.

I look to the future, to the next three days. Whatever happens after those three days, I’m not thinking about it, I can’t see it.

Do you have extra pressure?

JO‑WILFRIED TSONGA: Oh, yes, of course. There is additional pressure. When people ask whether we are scared or not, well, this is what we’re talking about. We’re talking about that extra pressure that is in the air.

Our capacity to play will depend on the capacity we will have to manage all this tension. 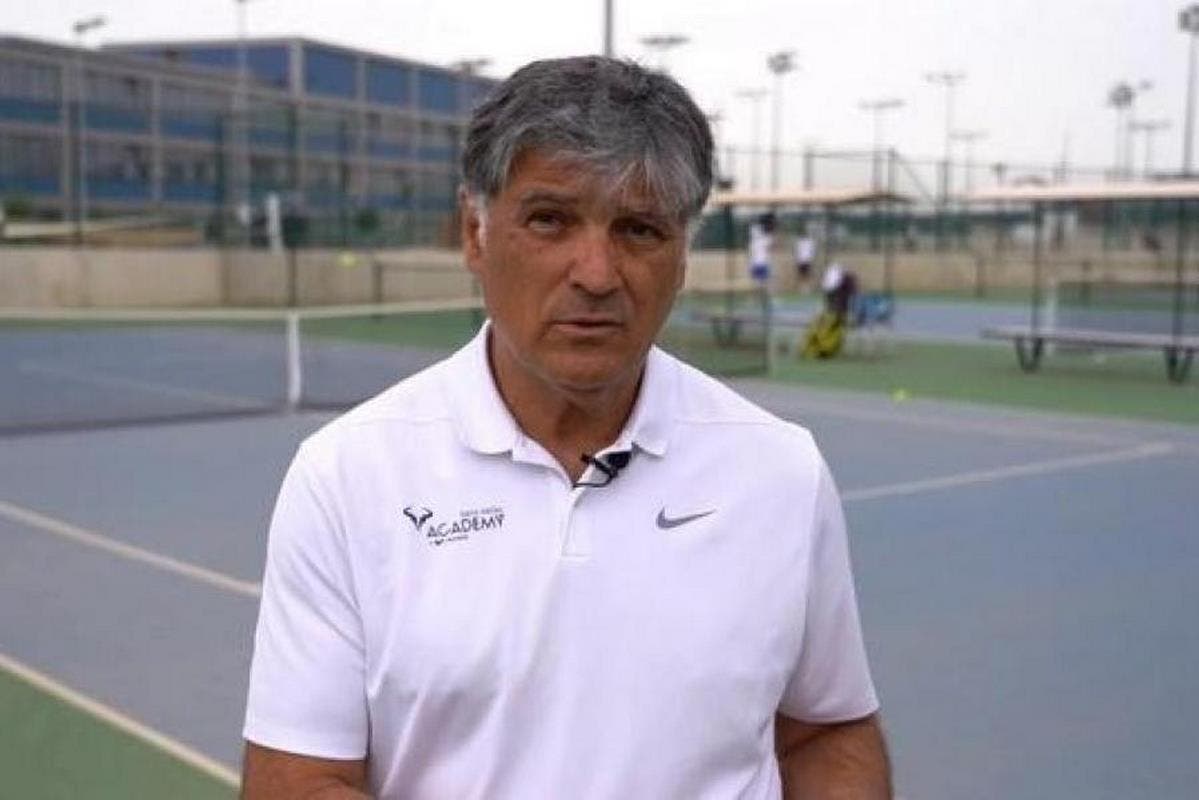 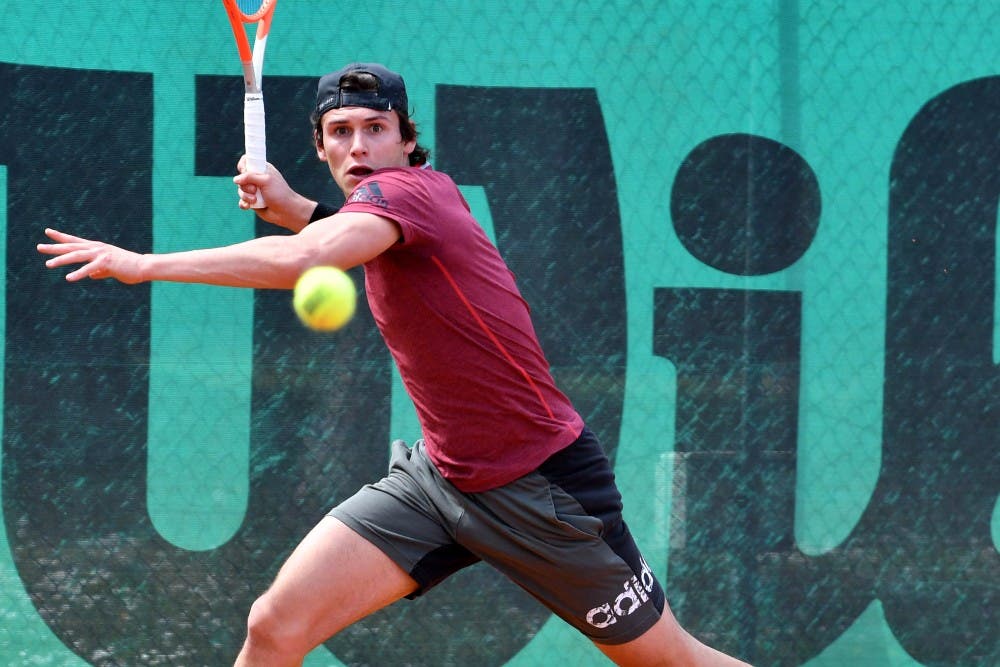 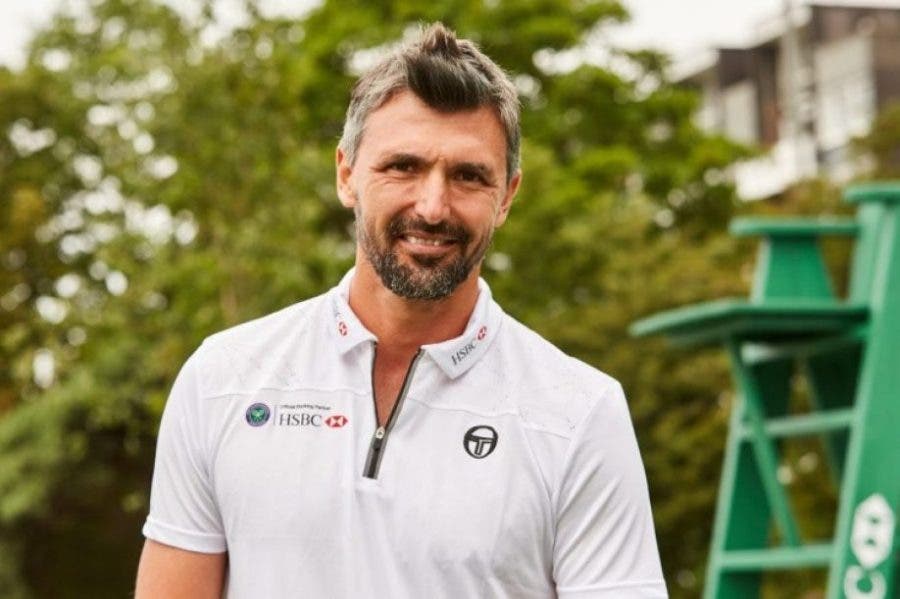