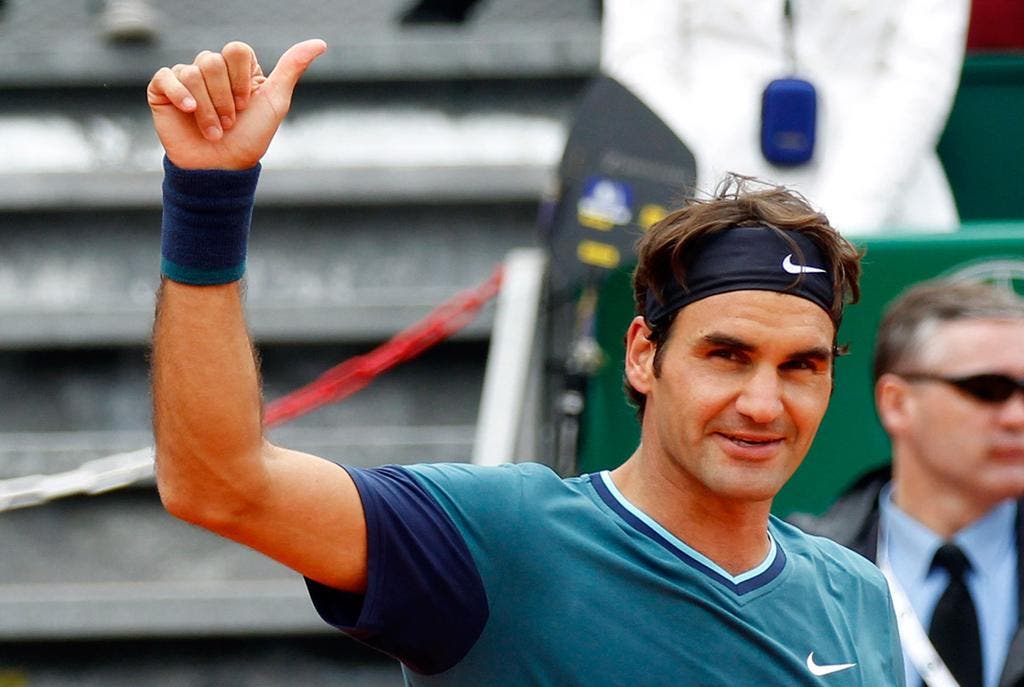 Q. How would you judge your game today? It started off a little bit difficult but then got smooth.

ROGER FEDERER: Yeah, I mean, I think you summed it up. I think it was a bit rocky in the beginning. I was able to find my way into the match. After four games you usually kind of know what’s going to work, what’s not going to work.

At the end I think I had good variation. I also came to the net some. I was effective on breakpoints. My first serve started to work better. So I just think it was a more difficult start to the match.

I thought Rosol was going to play much more aggressive early on than he did, and he didn’t. I was expecting the rallies to be shorter. When they extended, I made too many mistakes.

As long as I found a way to turn it around and stay calm, it was good. So I was very pleased.

It’s clear for me that not every match can be like the one I had yesterday. It’s not realistic. A match like this is sometimes what you need, as well, get that little fright going early on.

Q. How special is it for you to be here after not playing here the last few years?

ROGER FEDERER: It’s nice. Look, I’ve always considered playing in Monaco. Sometimes it was the good preparation. Sometimes I didn’t feel like it’s what I needed. I needed to work, stay home and do a proper buildup.

This year I don’t need necessarily a buildup because I was able to work hard in the off season in December. I’m going to have another buildup I guess after Wimbledon.

So I’m going to work hard after this tournament. Sometimes getting on the clay early is also something you’re looking for so you actually know what you really need to work on and practice. Whereas if you don’t play this tournament, an early clay court tournament, you just think what you need for what’s to come. I’m not saying sometimes you work on the wrong things, but it’s nice getting some information and playing with the other top players on the tour.

So I’m happy to be back. I kind of enjoy this tournament. It’s quite busy, a lot of people. It’s kind of stressful being on site. That’s why I try to escape as quickly as I can.

Q. You played Tsonga many times, different surfaces. Are you looking forward to the match tomorrow?

ROGER FEDERER: Yeah, I mean, I think I’ve seen Jo play different kind of quality matches lately. So not quite sure he’s going to play, how aggressive, how passive. I’m going to have to have a bit of an open mind when it comes to that.

I didn’t play a very good match against him at the French last year. That was a bit of a disaster for me. On the other side, I played a really good match against in the Australian this year. So kind of excited to see what’s going to happen this time around.

I think he did a good job of being tough through the second set today. I think as much as Fabio kind of went away, I still think it’s his credit as well to put Fabio into that position, and he started to play actually really well and really aggressive.

I think Jo played the semis here last year, so he’s played here well in the past. I have to make sure I play aggressive myself and not become too passive just because we’re on clay.

ROGER FEDERER: Look, he had a change in coaching, as well. I’m not quite sure what exactly they’re working on, if it’s a work in progress at the moment, if they’re telling him to do quite a few things differently. From that standpoint, I guess he only knows and he can only answer that question.

I mean, he’s still at a high level. I think at the moment he’s just missing that big tournament where he goes deep and beats some of the top ranked players. That’s maybe not quite what he’s been able to do as of late.

Losing against a guy ranked outside of the top 20, top 50, top 100, at the end of the day that doesn’t tell me much, as long as he can play up. He’s put himself into that position again now. That’s why it’s an important match for him and for me tomorrow.

Q. Did you follow the match between Jo and Fognini? What do you think about it?

ROGER FEDERER: Saying he lost 17 points in a row is totally unfair to Jo. You can’t put everything on Fabio’s side. You have to show some respect for Jo, who played well. It is not as if Fabio didn’t play any more.

Q. The question was rather about Fabio’s behavior.

Q. You’re saying that the game now does not allow players to show some strong personality and be good at the same time?

ROGER FEDERER: I believe having a strong personality is not the problem. The rules are more severe. You throw your racquet or you say a word you shouldn’t say, you get a fine. But this doesn’t mean that if you don’t do that you have no personality.

When I started playing, there was a lot of communication between the player and the umpire that no longer exists today. So you can have a strong personality and keep focused.

Q. You played 15 times against Jo. You are far ahead in the head to head. Last time was on clay in the French Open. Do you feel vulnerable right now?

ROGER FEDERER: I feel good. It’s just the beginning of the season. Both of us had the same preparation. We played indoors and we played two matches on clay. So it’s fair. I’m playing well, but I don’t know how he’s going to play.

I will try to use the clay to my advantage. But I don’t know what weather we will have, whether it’s going to be sunny or windy.

I’m glad he won today because it was not easy against Fognini. He put himself now in a position to go further. In Masters 1000 tournaments, the toughest thing is to go through those first rounds, and now he really is in a position of making that next step. Normally it’s after the first three rounds that we start playing better. 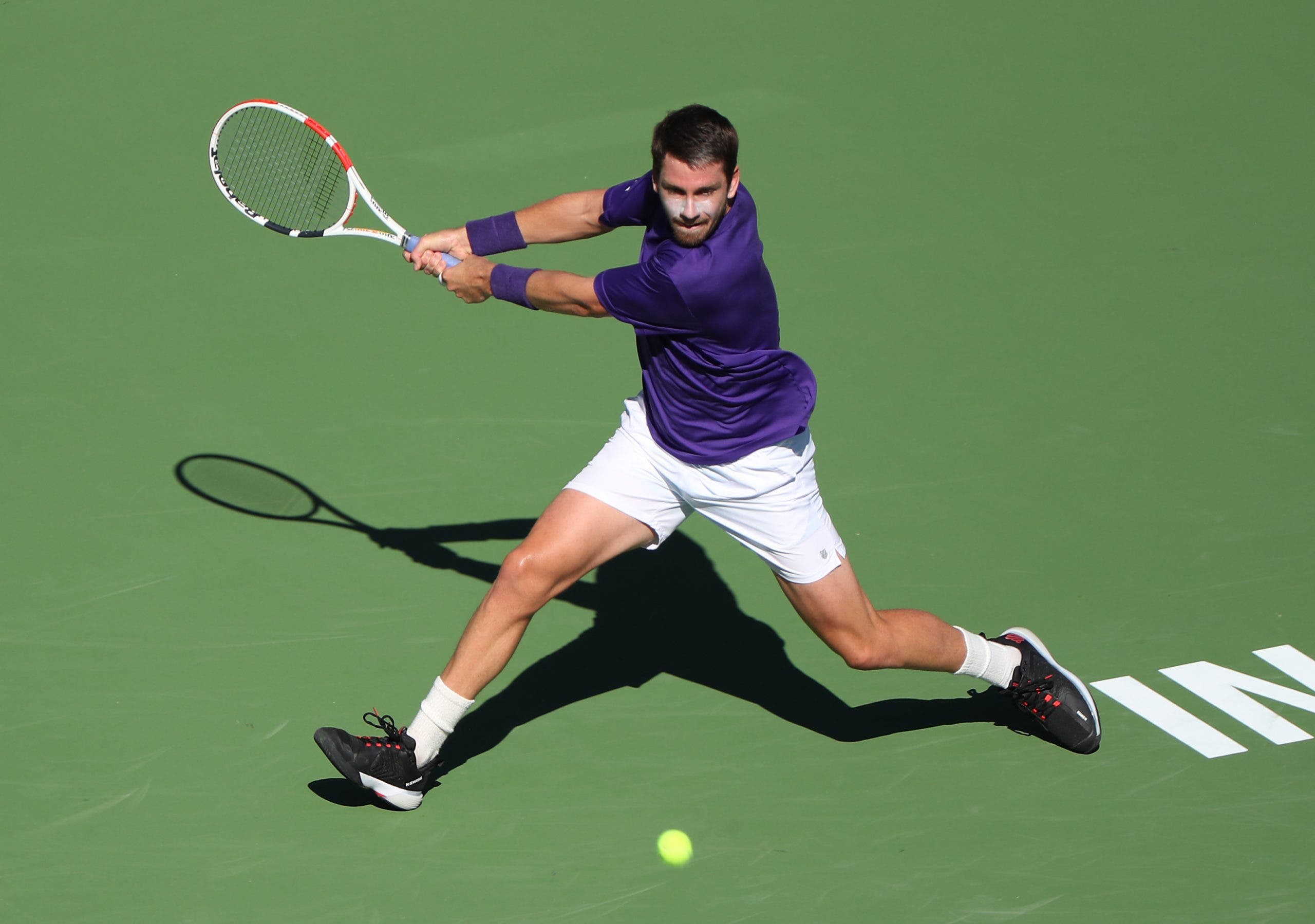 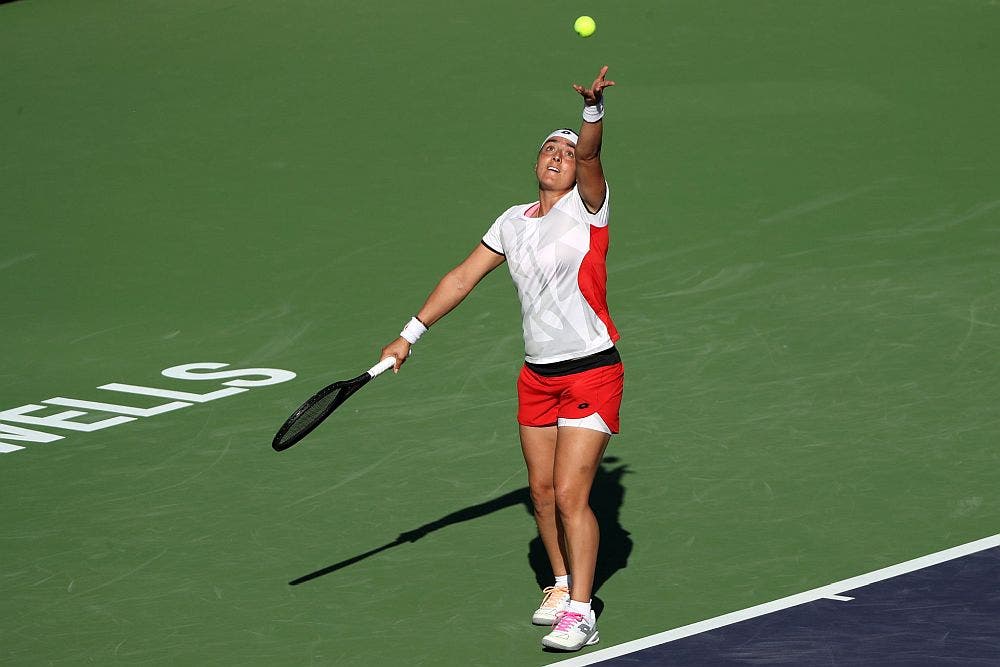 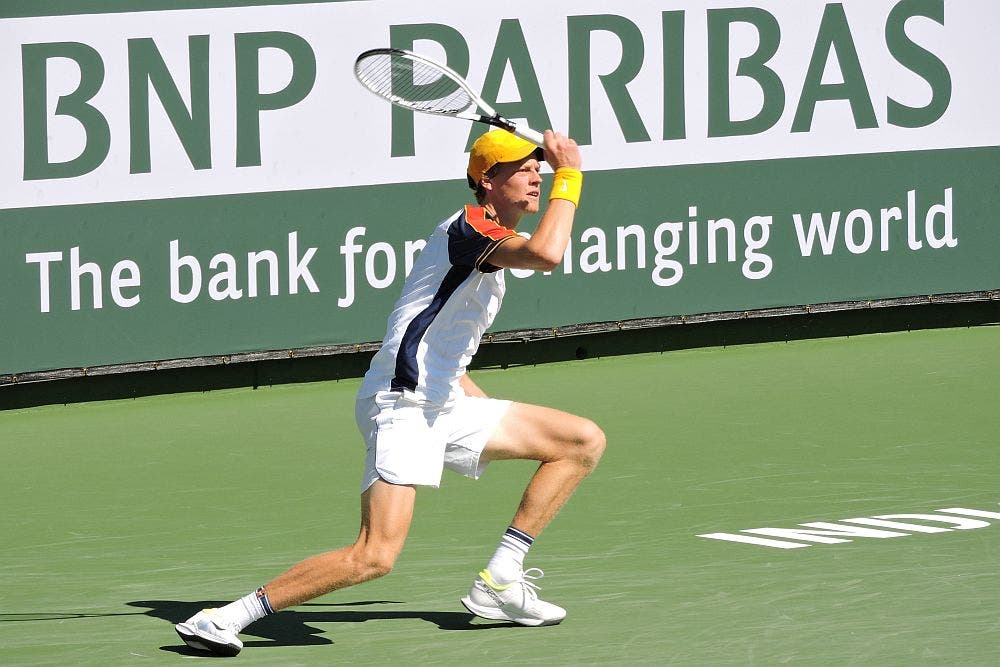